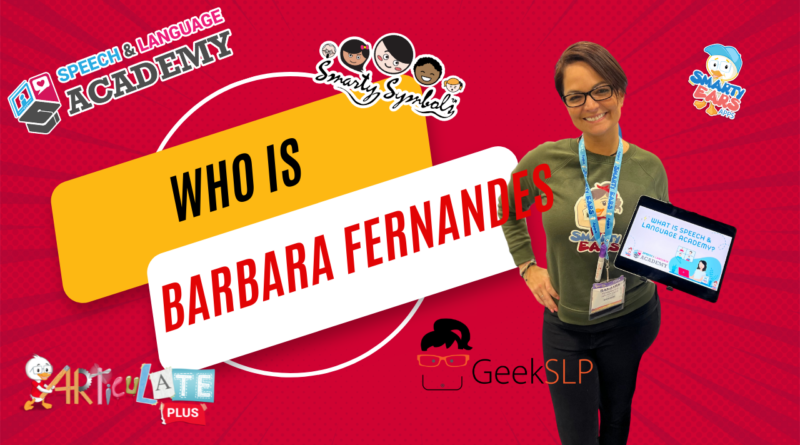 Barbara Fernandes is an award winning Brazilian-American Speech Language Pathologist, who immigrated to the United States as an adult. She went on to start two enterprises and revolutionize her sector with approximately seventy successful product launches.

She is well known as the founder and CEO of Smarty Ears for her groundbreaking product creation for speech and communication problems. Barbara has been translating science into user-friendly and strong technology to help people with communication difficulties for over a decade. Barbara’s design and creation of over sixty mobile applications, as well as an entire symbol library called Smarty Symbols, revolutionized an entire industry’s adoption of mobile technologies.

Journey of her success

Barbara built the most inclusive, varied, and comprehensive symbol library as the founder of Smarty Symbols, and she also invented a revolutionary new technology that is changing the special education profession by giving a platform for custom visual support creation. Many additional technologies developed in the field have embraced Smarty Symbols as the symbol of choice.

Barbara became known as GeekSLP thanks to her blog and video podcast. Barbara has traveled around the country teaching special education professionals how to use mobile technology to improve student learning and engagement. She has spoken at state association conferences, the national American Speech-Language-Hearing Association meeting, and Brazilian and Canadian conventions.

Barbara received a Small Business Innovation Research (SBIR) funding from the National Institute of Health, and she recently published the Speech and Language Academy, a groundbreaking tool. Barbara has won numerous honors and is currently a best-selling author on Amazon with her latest book, “Sis, You Got This.” As a Minority Speech-Language Pathologist, I Went From Surviving to Thriving.”