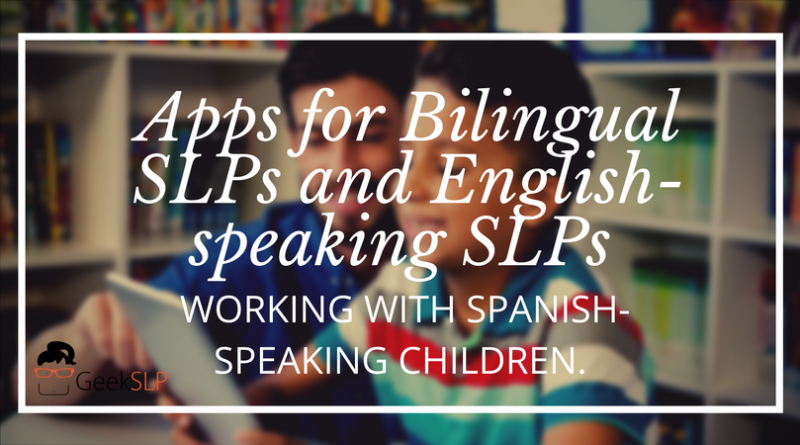 I am a bilingual speech pathologist, and for those of you who work with Spanish-speaking children you know how frustrating it can be trying to get ready for therapy. Most of the time we are limited to two options: live translation of English materials or spending hours creating our own Spanish materials. The limited resources in Spanish pushes us to creating our own materials on a daily basis. This can be very difficult for us with an already very limited time on our hands to serve so many children. Thanks to the iPad and the iPhone, developers all around the world are creating apps. This allows us to take advantage of the apps produced in Spanish that can be purchased anywhere. The number of apps in Spanish is still very limited in comparison to apps in English. However, the ease of development of the apps makes it a lot easier for us therapists to access products in other languages. Here are my top 5 apps in Spanish that can be used in therapy:

1. Fonologico: This app allows therapists and parents to work on specific sounds. It works like flashcards. It contains over 1000 flashcards in it separated by specific phonemes, mode of articulation, and phonological processes. This is a very useful app not only for bilingual therapists, but also for English-speaking clinicians who should work on speech errors in both languages when treating children with articulation delays.

2. Learn Spanish and Play: This is an app for working on basic vocabulary and even categorization. Choose from one of (the) 8 scenes: “granja, Zoologico, Insectos, Mar, Frutas, Hortalizas, Colores and Familia”. There is a teaching and a testing component to this application. Once you have worked on the vocabulary you can go to play game mode and test for learning of vocabulary.

3. Play2learn: This Spanish app is part of a family of apps in several languages, including Russian, Italian, French and other languages. It is very useful if your caseload comprises of students coming from several countries and you want to work on some basic vocabulary on their first language. Play2learn is also an app for basic vocabulary, but with a few more options than Learn Spanish and Play. It contains concepts such as body parts, clothing items, toys, colors, technology vocabulary and many more. It also has a component for verifying learning with coloring activities.

5. Spanish Grammar: Ser/Estar. This app, despite being a bit difficult to set up is very useful for teaching the differences between “ser/estar” both translated as “to be”(“to/be”) in English but used differently in Spanish. This app gives users lots of ways in which each can be used.

I hope you enjoyed this post. If you have any suggestions of apps in Spanish please send me an e-mail to geekslp@yahoo.com I would love to post it on my blog. Also keep in mind that any of these apps can also be very useful for English-speaking clinicians trying to brush up or start up on their Spanish skills. 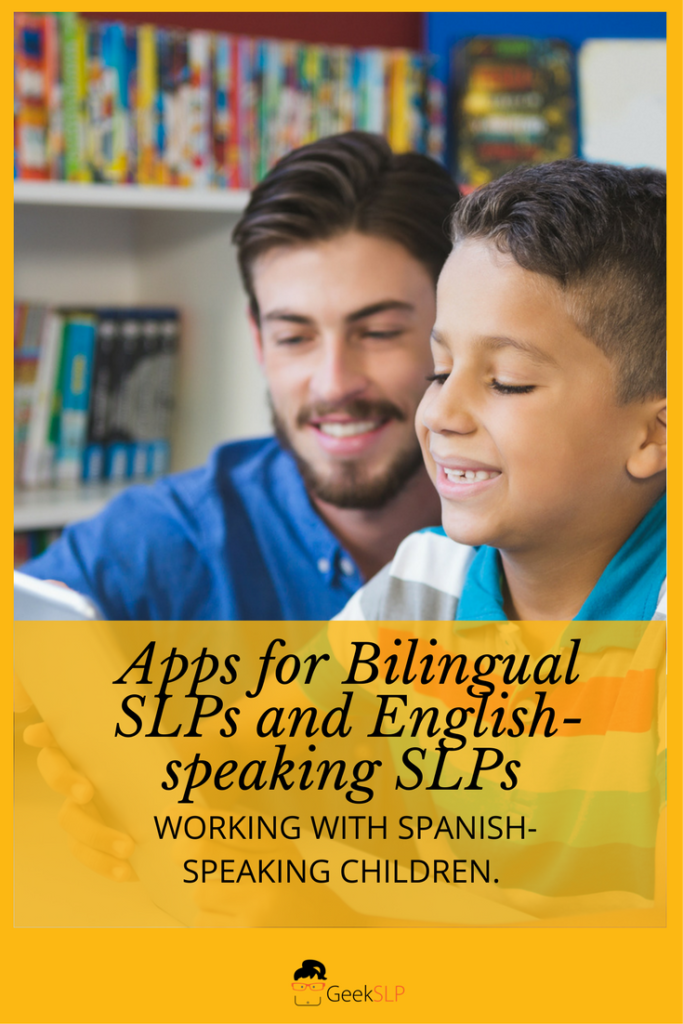