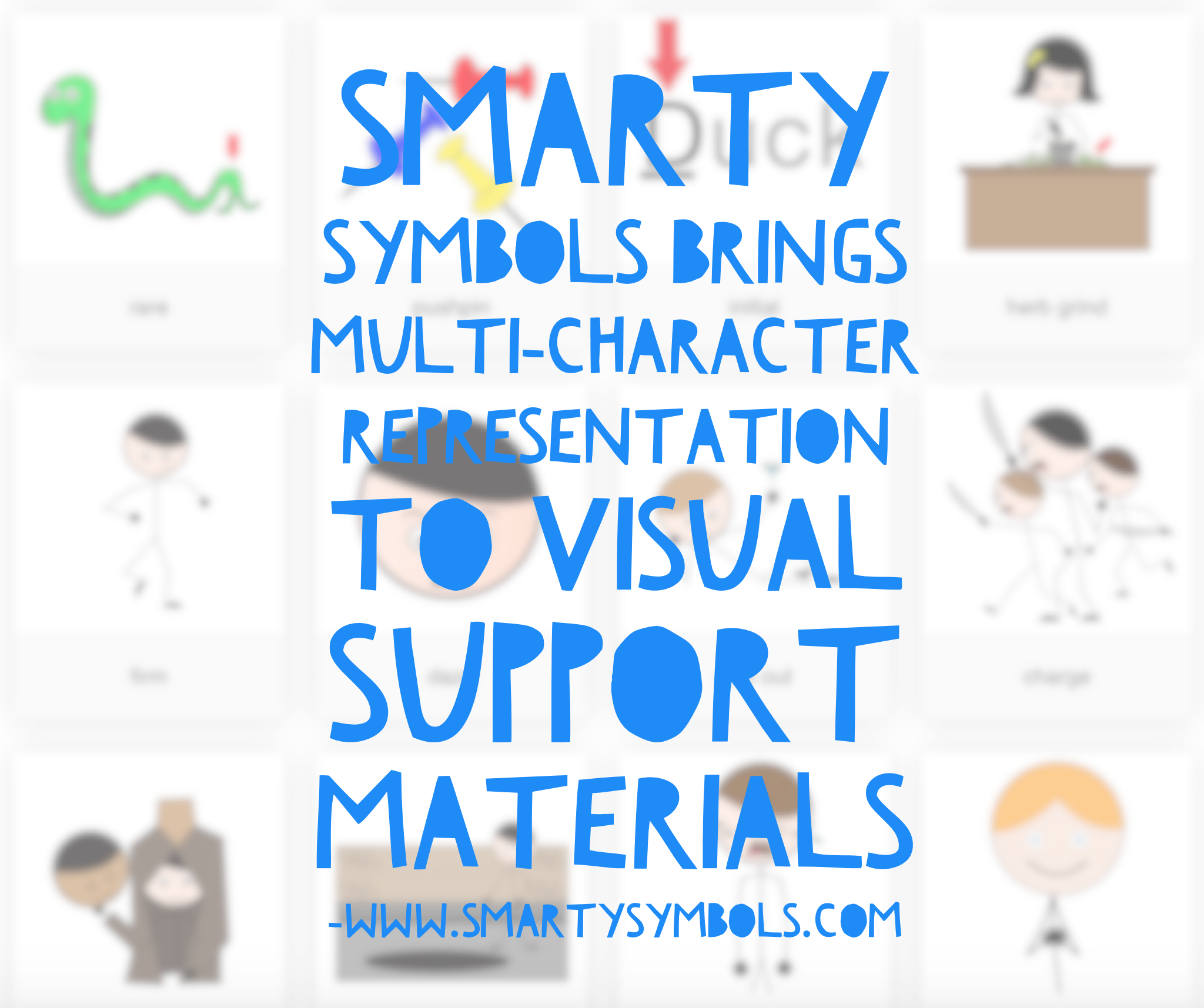 The Smarty Symbols Portal is an online subscription-based site for teachers, speech-language-pathologists, occupational therapists and parents. The portal allows users to access and download nearly 15000 symbols. Subscriptions start as low as $45/year for non-commercial licenses and $29.99/month for individuals or companies that need to use the images to create materials for commercial purposes.

Picture this: A young female AAC user can have several symbols using a character that is female and young, also a young African-American boy can have a young African American character! Pretty neat, right? We asked ourselves, why nobody thought of this before. For years, the issue of “ child looking” versus “ adult looking” symbols have been debated. Some people argued that the symbol set A was better for adults, while symbol set B was better for children. Now, Smarty Symbols also offers options for adult and elderly character choices, making Smarty Symbols the most versatile symbol set on the market.

In 2015, Smarty Symbols has created a variety of option for verbs, pronouns, adjectives and core vocabulary words. We do believe that those are the key symbols that should have a variety of options for representation. Smarty Symbols currently offer a free trial of their subscription for the first 30 days by using promo code MYFREEMONTH, but hurry this offer will expire on June 20, 2015.