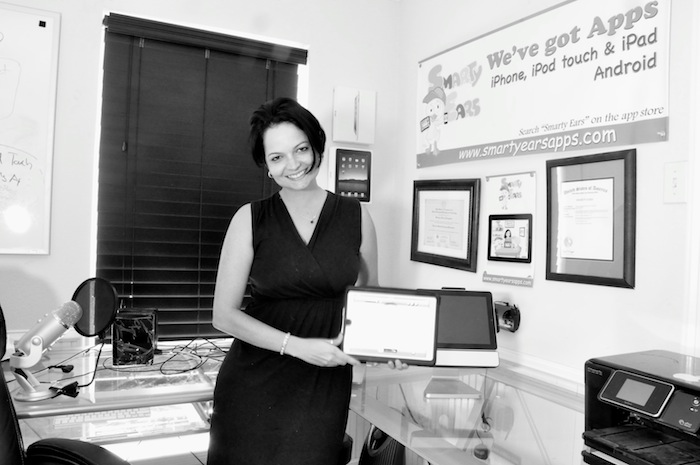 Barbara, the founder and director of Smarty Ears received her master degree in Speech and Language Pathology with an emphasis in bilingualism from Texas Christian University. Barbara speaks three languages (English, Spanish & Portuguese), and she has worked with children from a variety of ethnic backgrounds and native languages in several countries. While working with preschool children, Barbara shortly noticed how children were drawn to technology, and in 2009 she released the first app for speech therapists. MAP was an articulation app and it was a huge success. Barbara had just founded Smarty Ears, the leading company for speech therapy and communication apps. Of course, at that time, she didn’t know it yet. The iPad was not even on the market yet, but speech-pathologists were in love with Barbara’s apps.

At the same time as Smarty Ears grew as a company, Barbara saw the need to train and educate her fellow clinicians on using these new gadgets and apps in their practice. This is how she became GeekSLP! She created a variety of video podcasts and blog posts, in a time way before anyone else but a hand full of other SLPs were doing it. She is a true entrepreneur!   As GeekSLP, Barbara has been invited as a guest speaker, blogger and presenter in universities and International conferences, and given workshops and presentations around the world on how technology can be implemented to improve the speech and language skills. Barbara’s full day presentations are known as “the best presentation I have ever attended”.

In 2014, Barbara had already published over 60 apps for the iPad and she was not done yet. She founded yet another company called Smarty Symbols. Smarty Symbols is a subscription based collection of visual support images designed to also revolutionize the symbols communication for special education. Barbara has brought her passion for diversity into her business, by being the first company to offer options for every symbol representation. Female, individuals of color, and the elder are represented in this symbol set with over 21,000 symbols and counting.

Barbara’s background may help explain her passion to taking risks while helping her community and profession: In 2004, Barbara was one of the participants of the program jointly administered by the U.S. Department of Education and the Brazilian Ministry of Education, called “Promoting the Inclusion of Persons with Disabilities in Society Through Assistive Technology: Culturally Appropriate Solutions.” The program was designed to help both country learn from each other’s ideas on supporting individuals with disability.

Now, Barbara has two young children, runs two businesses and travels around the world providing support to parents, speech-pathologists and professionals on how technology can enhance learning and communication.  In her spare time, Barbara enjoys traveling abroad, scuba diving and playing with her gadgets, children and three dogs.